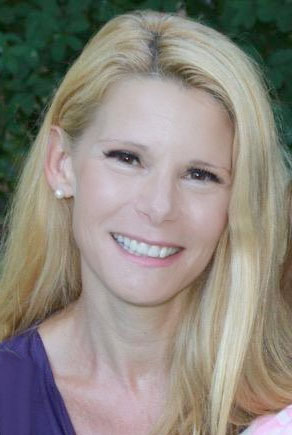 Hello, my name is Staci Ericson
and I am the founder of Golly Gee-pers, where we’ve got kid’s manners in the bag; literally and figuratively!

After spending over ten years in the corporate world I was blessed to learn that I was expecting my second child. This was not a sure thing for me and after several months on bedrest I made the decision that I was going to stay home and raise my children myself. I will to tell you, the financial numbers didn’t necessarily agree. But, where I had been afraid in the past, I now had conviction.

I knew that this was the right thing for me and somehow, it would work out.

I had always had a talent for reaching children through creativity. I wrote and illustrated (not well) many a story featuring my own children and their friends. I  threw over the top, interactive theater parties, which looking back on now I wonder how on earth I did it. That blossomed into a business of its own. I volunteered at the local schools designing sets and costumes for plays, tutoring writers’ workshops and leading My daughter’s girl scout troop. And, along the way I accidentally invented Table Manners Cards.

Sometimes embarrassment is the mother of invention…

Upon picking my daughter up after a play-date one day, I inquired, “I hope she behaved herself?” To which the father replied, “Oh yes.’ He then chuckled and said, “But she chews her food like a horse!” We knew this family well and so we had a good laugh, but I went home thinking, something must be done! I quickly sketched up some thumbs-up table manners and some thumbs-down table manners, cut them out, put them inside individual zip lock bags and brought them to the table. Voila! They worked. However, it wasn’t until my daughter started bringing them out when friends came over, that I realized their potential. Parents started calling me saying, while so and so was at your house she played a table manners game and really liked it and I wondering where you bought it?

I do believe that good manners are skills that need to be taught. Not simply so children will receive compliments from the older generation, but so children will have a template for how to conduct themselves successfully in this world. I’ve met so many beautiful young people who unintentionally offend others and unwittingly disadvantage themselves simply because they had not learned good manners.

In 2017 Harvard published a study (The Growing Importance of Social Skills in the Labor Market, David J. Deming, May 24, 2017). They found that between1980 and 2012, jobs requiring high levels of social interaction grew by nearly 12 percentage points as a share of the U.S. labor force. Math-intensive but less social jobs – including many STEM occupations – shrank by 3.3 percentage points over the same period.

“Employers are even willing to pay more for people with good social skills, according to the data.”

With such advantages going to candidates who have strong social skills, it is imperative that all young people receive at least some basic instruction as part of their education. And just imagine while our children are becoming more successful the world becomes a better place too.

“It’s not that cognitive skills and the ability to do math are unimportant, it’s that those aren’t enough…”

I’m so grateful for my daughter having long ago provided me with the inspiration for what has become a lifelong passion. I’m very sure that one day her children will provide her with just as many opportunities.

Thank you for taking the time to read about what I do and why I do it.